Home › Reunited › Ziggy Reunited after been missing for 3 and a half years and dumped in a different area.

Ziggy Reunited after been missing for 3 and a half years and dumped in a different area.

We have been trying to help with neutering feral cats in different areas around Kent this year. We came across a few that were being fed on the Darland Banks, Gillingham area. Two of our volunteers Shirley and Ken had set a trap for a light coloured ginger cat that had been causing a lot of problems in the area, they finally caught him.

Shirley and Ken brought the cat to HQ where we applied flea and worm treatment and got him booked into the vets for neuter, antibiotics and a clean up. In the meantime we placed his photo on our facebook group just to be sure he wasn’t a long term missing cat. Within a few hours after placing the post on our group we received a call from a lady who explained that she believed this cat to be her missing cat Ziggy. Ziggy had been missing for 3 and a half years and she was told that a nasty person had stolen him from Swanley and dumped him down in the Medway Towns but wouldn’t say where.

Let’s just say Ziggy is now on his way back to Swanley with his mum and dad! 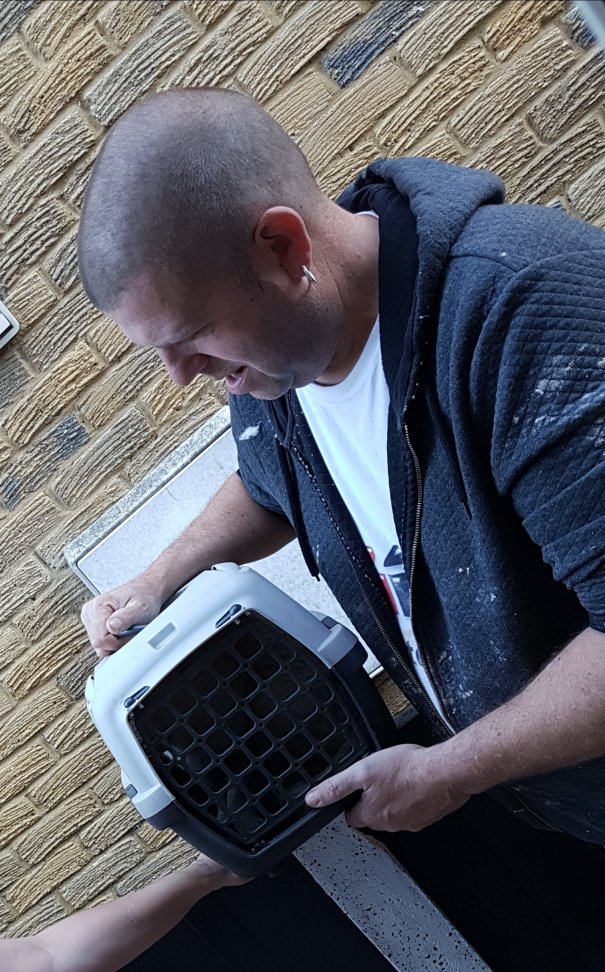 We would like to say a massive thank you to all of those that were feeding Ziggy and keeping him safe in the area and to our two wonderful volunteers Shirley and Ken for getting Ziggy safe.

Never give up hope!