Posted on March 18, 2018 by Animals Lost and found in Kent Ltd — Leave a comment

We were sent an inbox around 2 months ago about 2 cats that had been abandoned by a man. We followed up with the report and couldn’t find the cats anywhere and asked the residents if they could keep an eye out. After a few days we received a phone call from one of the residents to say that the cats weren’t abandoned at all, however the owner was rushed into hospital and someone was feeding his cats and had access to the property to allow them indoors. Fantastic, case closed…..

… Fast forward till now we then receive another inbox from a lovely man called Terri who helps out with Medway Street Angels, he explained that there were two cats that have been left behind as the owner is extremely unwell and is in the process of crossing over. Terri had access to the property and explained that the cats owner is refusing to let go of this world until he knows his cats are 100% safe. When we arrived we realised that this was the same property that we were called out to before. Both cats had not been seen for a few days as they were clearly upset that their owner wasn’t around. All of a sudden one of the cats turned up! We managed to contain her, her name is Misty.

Food is being placed down for Marmalade so he can be contained also, but so far there is no sign of him. Misty is now safe in rescue and we will endeavour to make sure Marmalade will join her as soon as he shows up.

Update: We have finally caught Marmalade! 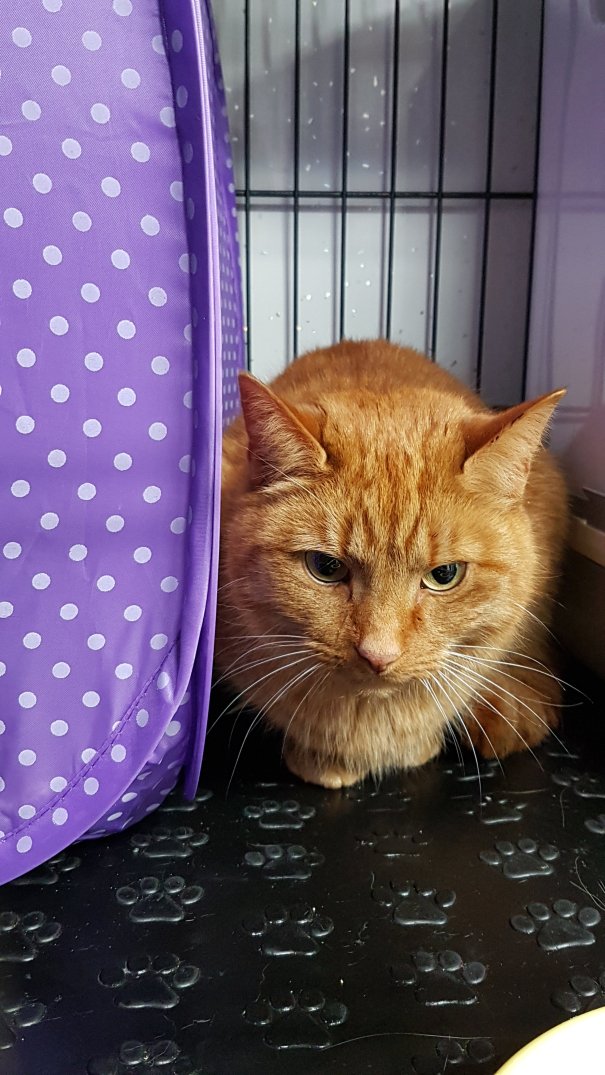 We would like to thank Terri for all of his help. X