We were alerted to a cat hanging around on Beatty Avenue in Gillingham who looked in a very sorry state. We explained we could attend and check for a chip. So we left immediately as apparently the cat had been hanging around that area for a very long time and was starting to look very unwell. 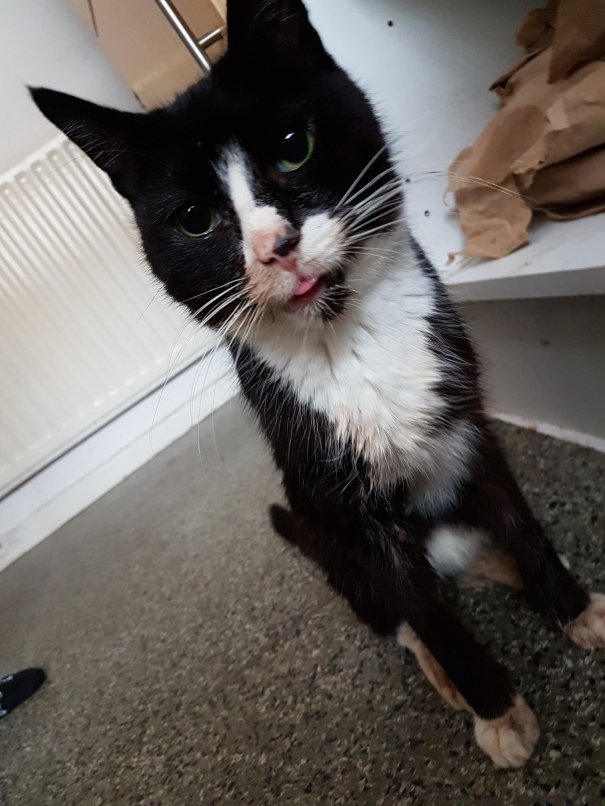 When we arrived we checked the cat for a chip, the cat wasn’t chipped. So we checked him over and found that he was a neutered boy, he had a severe infection in his mouth and that was rendering him unable to clean himself properly or eat (although he was still trying to do both). Every time he was cleaning himself he was spreading the infection over his fur which made him smell really bad poor love.

We explained to the finders that he needed to be seen by a vet as soon as possible, they agreed to take him the next day. However in their haste they forgot that they didn’t own any cats and therefore had no cat basket.

We received a message from a lady who said she used to live there and that her cat went missing on January 2009, she then sent us a photo:

We could see that this was the spitting image over her boy that went missing. She went on to explain that he was very young and went missing just after he was neutered. She had searched high and low for him and had one sighting of him on top of a shed, but nothing after that, then she moved home. She gave up hope that he would ever return back to her.

The owner said, if it is him then his name is Mario. So we told the finder his name and he came running over to her as if he remembered. We arranged to collect Mario within an hour and placed him in a cat box to take him home.

Mario was not best pleased with the car journey at all, but we sang to him nonetheless to keep him calm. When we arrived the owners door was already open as we had messaged to say we were on our way. Her son was over the moon and recognised him immediately. We made sure all the doors and windows were closed and let him out of the box. He looked around and had a sniff then just layed down like he knew he was finally home. 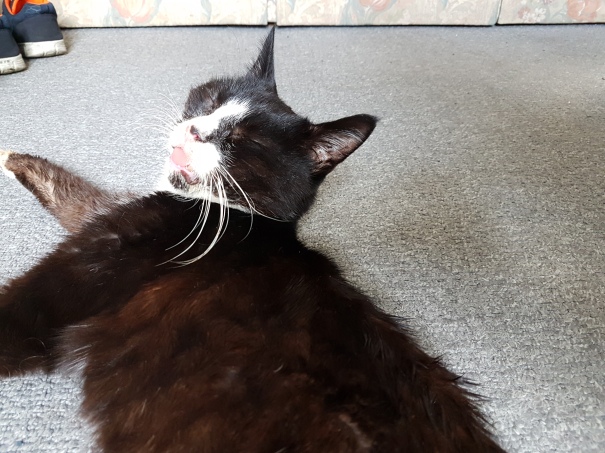 Mario will be taken to the vets first thing in the morning to get his mouth looked at. But for tonight he has had a clean, some food and much missed cuddles and love from someone who hadn’t seen him since he was under a year old. Stay safe Sir Mario xxxxxxx

We will say it once more to those still missing babies. Never, ever give up hope. X
🐾🐾🐾🐾*update* Mario has been to his vets that he last saw 8 years ago with his mum. They have found that he had severe gingivitis, had throat cancer amongst some other issues and was in a serious amount of pain that they couldn’t put right. Mario was sent to rainbow bridge today. May he rest in paws heaven now that he was able to get reunited with his mum, she was able to say goodbye to him and have him home for one last time. 😢 🐾🐾🐾🐾