We were tagged on a Facebook group about a dog that had been found running about a school at the top of Gillingham. We explained that we could check the dog for a chip.

We attended as soon as we could and checked for a chip, he was chipped! His name was buster, an elderly gentleman with a lot of spirit and bounce left. We rang the phone numbers on the chip and finally got through, we explained we could bring Buster home to the owners, they were over the moon. 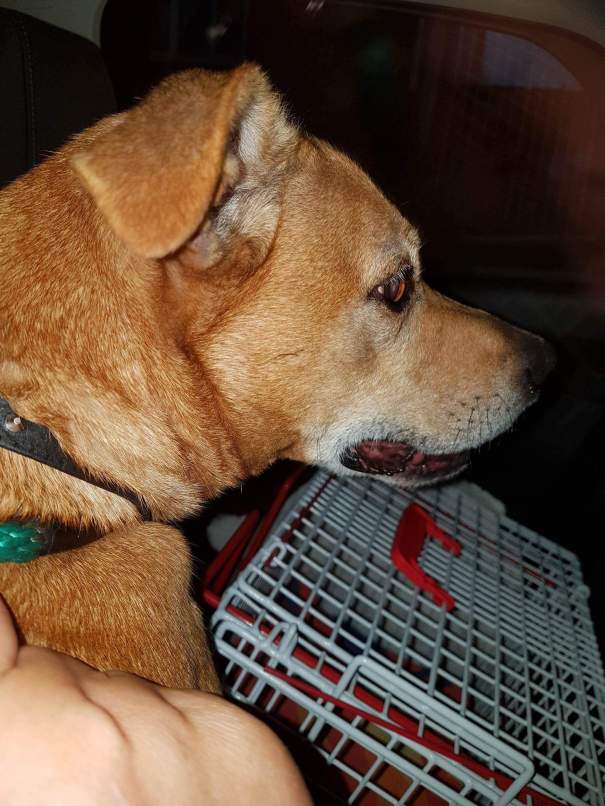 Buster was brilliant in the car, full of love and kisses. He knew he was nearly home though and started squeaking when we got near his home address. 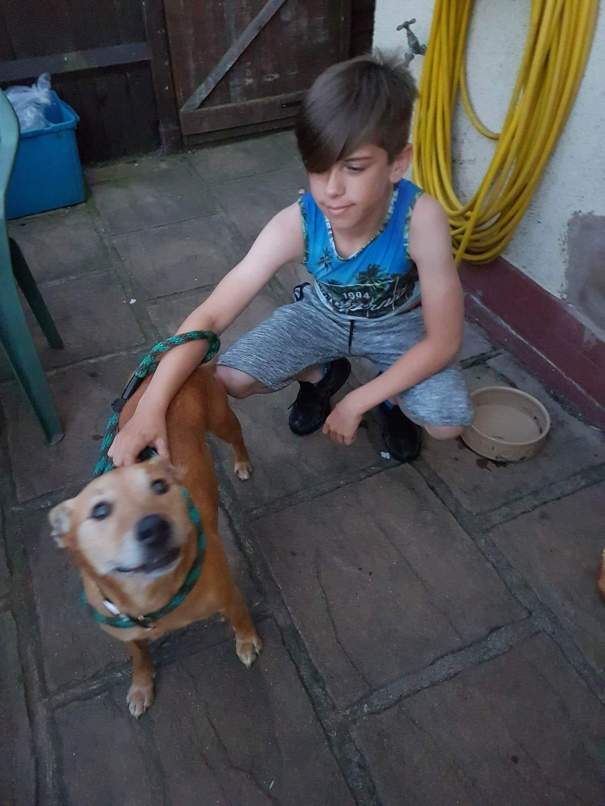 We would like to say a massive thank you to the boy pictured above with Buster. He cycled his bike for a whole mile with buster to get him to someone that could help. You are a little hero Rohan! Thank you from all of us at Animals Lost and found in Kent Ltd for keeping him safe.

Stay safe Buster, and no more busting out of gates. Xxxx