Posted on June 4, 2017 by Animals Lost and found in Kent Ltd — Leave a comment

A post went up on our group this evening about a dog that was found by a lovely couple running around the street in Walderslade. We attended as soon as we could to chip check the dog. As we arrived the finders explained that they did see another dog running around with the one they managed to contain but the other dog ran off.

We checked the dog for a chip and he was chipped, his name is Boysie, a lovely jrt. 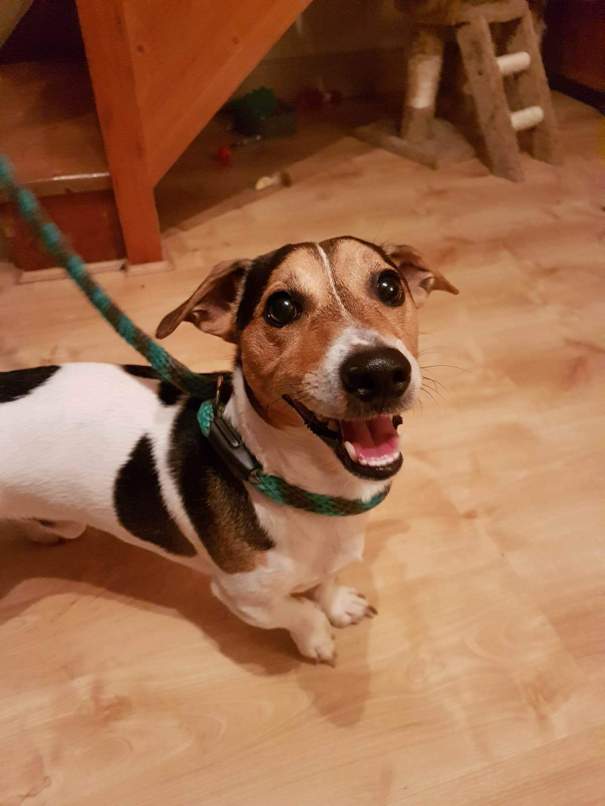 We rang the mobile number on the chip twice and a lady then picked up. It transpired that the dog belonged to her mum and she does own two dogs, one called Jack and Boysie. We explained that Jack was spotted but was nowhere to be seen. After arranging to take Boysie home the daughter rang back and said she would meet us at her mums address that was registered on the chip.

As we turned up at the address, little Jack appeared from around the corner and walked us to the door of where he lived.

Both boys are now safe with their human and were Reunited within the hour of the post going on our group.